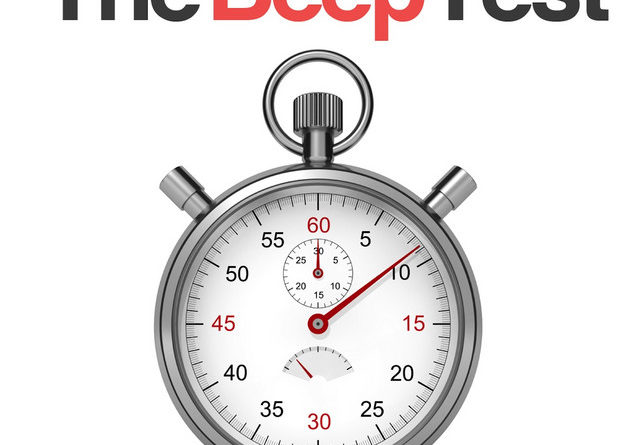 Some of the students may have told you that they took part in a fitness test. This is something I decided to try this year for the first time. We did one back in September and then a second one about two weeks ago. I wanted to see if there was an improvement in the students fitness levels.

The 20m multistage fitness test (MSFT) is a commonly used maximal running aerobic fitness test. It is also known as the 20 meter shuttle run test, beep or bleep test among other names. It is a maximal test involving continuous running between two lines 20m apart in time to recorded beeps.

This test involves continuous running between two lines 20m apart in time to recorded beeps. For this reason the test is also often called the ‘beep’ or ‘bleep’ test. The participants stand behind one of the lines facing the second line, and begin running when instructed by the recording. The speed at the start is quite slow. The subject continues running between the two lines, turning when signaled by the recorded beeps. After about one minute, a sound indicates an increase in speed, and the beeps will be closer together. This continues each minute (level). If the line is reached before the beep sounds, the subject must wait until the beep sounds before continuing. If the line is not reached before the beep sounds, the subject is given a warning and must continue to run to the line, then turn and try to catch up with the pace within two more ‘beeps’. The subject is given a warning the first time they fail to reach the line (within 2 meters), and eliminated after the second warning.

The athlete’s score is the level and number of shuttles (20m) reached before they were unable to keep up with the recording. Record the last level completed (not necessarily the level stopped at).

For the younger primary students we did the 15m bleep test. The 15m bleep test is a maximal running aerobic fitness test, a variation of the 20 meter shuttle run or beep test. This test was developed by Loughborough University in 1995 for the UK Met Police Service. This shorter version was created to cater for those with less room to conduct the longer 20m test, and is used as the aerobic assessment for UK Police and Fire Services.

So how did the students do? Everyone had actually improved their scores from the test in September. Below are the highest scoring student from each class. If you would like to know your child’s score please feel free to contact me.

Special mention to Oliver Kotásek who achieved the highest score in the whole school. An elite level score! A fantastic achievement! 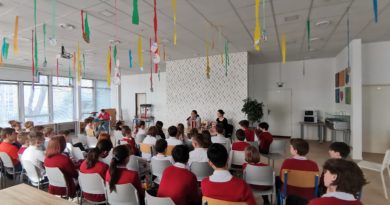 Who are Róde and Lada? 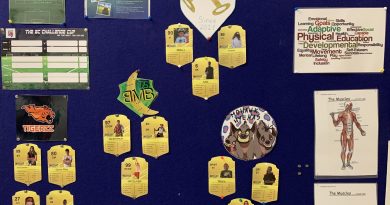 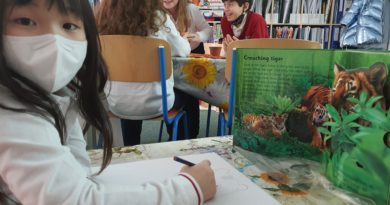 Year of the Tiger

Physical Education in a COVID-19 world: My view so far…