Did you know Halloween originated in Ireland? It was originally a pagan ancient Irish festival called “Samhain,” meaning “end of summer.” It is over a thousand years old and it is because of this that many of the Halloween traditions that we have are actually Irish. I am going to mention a few of them now.

The Celts believed that on the eve of Halloween dead spirits would visit the mortal world. They lit bonfires to keep evil spirits away and dressed in disguises. Samhain was seen as the end of summer but also the beginning of another year. It was also the one day of the year when spirits could walk the earth. The community would gather together and light huge fires to ward off bad fortune for the coming year and any evil spirits. Traditionally these Bonfires were believed to encourage dreams. Particularly of a future husband or wife. The day after the bonfire the ashes were spread across the fields to further ward off bad luck for the farmers for the coming year.

The community would gather around the bonfire and many would be dressed up in elaborate animal skins and heads.The idea was that the evil spirits would be scared off by the fires. Then if the spirits happened to be wandering the earth and bumped into one of the Celts they might they were spirits themselves, because of their disguises, and let them go free. This is where our tradition of having halloween costumes comes from.

Did you know the Jack-o-lantern also comes from Ireland? According to tradition, the ancient Celts carried home an ember from the bonfire for good luck. They would do this in a hallowed out turnip to keep the ember burning. However there is also another version of where they originate. This is a story that my Grandmother told me. The story is that Jack-o-lanterns date back to the 18th century. It is named after an Irish blacksmith, called Jack, who colluded with the Devil and was denied entry into Heaven. Jack was condemned to walk the earth for eternity but asked the Devil for some light. He was given a burning coal which burnt into a turnip that he had hollowed out. Some Irish believe that hanging a lantern in their front window would keep Jack’s wandering soul away. When many Irish emigrated to America they couldn’t find turnips as easily so they used pumpkins which is now the tradition.

Finally the age old tradition of trick or treating originated in Ireland also! Centuries ago, in Ireland, the poor would go from door to door at rich people’s homes dressed in costumes or disguises to recite verses in exchange for gifts, fire fuels, and food that would go towards the annual Samhain feasts.They would then use what they collected for their celebrations on Halloween. Pranks were also commonplace with many taking advantage of the roaming “spirits” to exact some playful vengeance on a friend or foe. This is where the term ‘trick or treat’ comes from.

So while Halloween may be seen as an American holiday, it was actually brought there by Irish emigrants during the Irish potato famine. The people in America didn’t really celebrate holidays at that time but they then embraced the the traditions of Halloween, latching on to the tricks and treats as a means of letting off steam one night a year. So while Halloween is largely viewed as a distinctly American holiday that’s invaded European culture, it’s precisely the opposite. Happy Halloween!

Ray Foley has 13 posts and counting. See all posts by Ray Foley 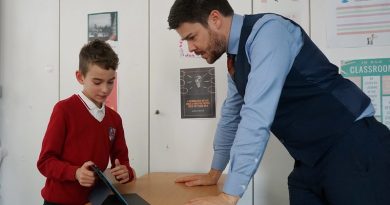 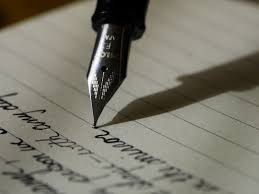 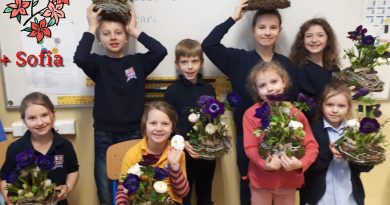