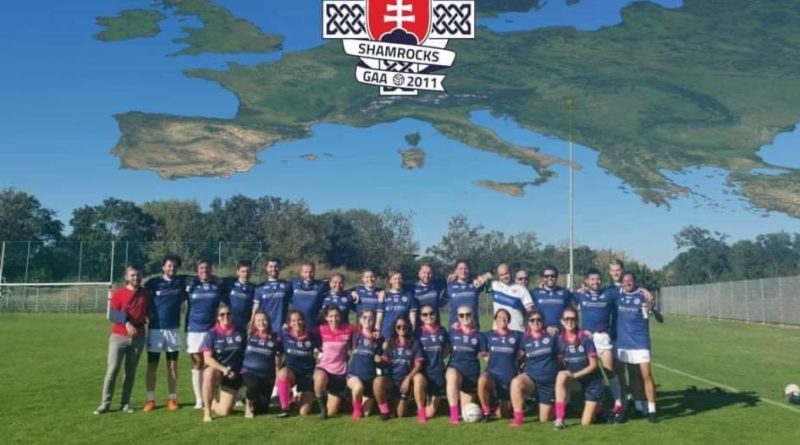 About Events Family News Uncategorized
May 27, 2022May 27, 2022 Ray Foley 276 Views 0 Comments
Share on FacebookShare on TwitterShare on Linkedin

The headline of this blog post is an odd one to be written by an Irish man, but let me explain. This Saturday 28th of May is the opening weekend of the Central/East European Gaelic Football Championship. This fantastic tournament is actually taking place here in Bratislava! I have been playing this sport for over 25 years in Ireland where it is our national sport. Let me explain what it is below.

What is Gaelic football? Gaelic football is an Irish team sport. It is a form of football derived from traditional Irish ball games.
It is typically played between two teams of 15 players on a rectangular grass pitch, however here in Europe we play on smaller pitches as we have two teams of 11 players.

The Slovak Shamrocks are currently the Danube Indoor League Men’s Gaelic Football Champions from this past March when we competed against our local rivals Vienna Gaels.

How to score
In the game, two types of scores are possible: points and goals.

After a long break due to the pandemic, the Slovak Shamrocks are delighted to welcome teams from Austria, Czech Republic, Germany, Hungary, Italy, Poland, Romania, and Switzerland. I am proud to say I will be one of these players playing at some stage this weekend.

Over 200 players representing male & female teams from across the region will converge on Bratislava to contest the largest ever Gaelic Football competition to take place in Slovakia.

Come along and enjoy the top European players battle it out to be crowned champions. Entry is free and everyone is welcome!

If you would like to come to support me the address is Novomestský športový klub 1922 Bratislava, Tomášikova 12444, 831 04 Bratislava. 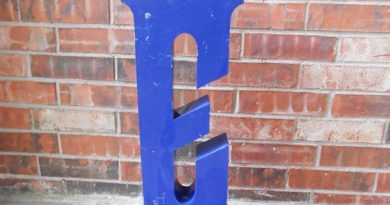 Putting the “E” in EISB

The Mayans: the Mystery